Skills, knowledge, spontaneity, intelligence, creativity and wisdom are not consciousness.

Easily and often confused. Consciousness raising, so effective in the 70s brought with it the idea that learning and education developed consciousness.  Maybe the miss-use of the word began with Marx?  Class consciousness, does he even use that word?  If he did he did not mean that it could be developed by reading books or classes alone.  Learning comes through experience. Why is using the word consciousness now in the 2010’s a problem?

Hmmm, bear with me…  I’m exploring something.

People do not have higher or lower levels of consciousness. People have skills and abilities including the ability to warm up to spontaneity and creativity. People learn things in practice.  Experience and relationships build ethical wisdom. Discrimination can be taught. Spontaneity can be trained.

To learn, people need relationships, access to teachers and books and crazy people ( typo) I meant craft people.  Being around people who can sing, converse, act, make things, helps people learn. Generous people who share what they know are real teachers.

Action, involvement, engagement, immersion and courage to act and to make mistakes is how people enrich themselves and others. Out of action we get knowledge and ideas. Action first reflection second. Collaboration and interaction before contemplation.  All of this makes us wiser.

Wisdom is not consciousness, it is attained through practice and living. Consciousness is a mysterious quality of knowing we are alive and exist. We just know it, but it is a mystery.

This is a simple ideal I’m trying to express. Dewey, Marx, Moreno all promoted action learning. Experiential learning.   Now more than ever the dominant culture works to keep us passive, ignorant, isolated.  Consciousness, higher, lower, altered, psychological, even radical, by any name is individual, private, personal.

One of the reasons I’m exploring this line of thinking is that there are plenty of movements that promote the idea that if 10% (or whatever) of people reached some sort of higher state of consciousness then the world would be fixed.

It is more dialectical than that.

We are in process and as the world changes, we change.  Action by action.  Not only thought by thought. 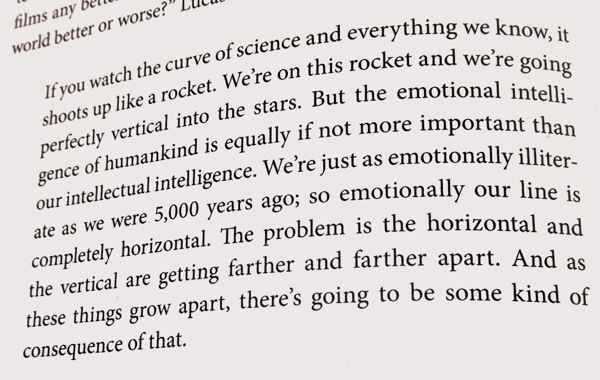 Just maybe that is about to change (Perhaps on December 21?? 🙂

I think we are in a rapid change right now. It will be more visible soon. I think the feminist consciousness, the decline of religion, urbanisation, education are all leading to a shift in consciousness that means there will be ever more psychotherapists.