Since my project ThousandSketches I have continued to sketch.  Digital painting – but I like the term sketch.  Many of these are on my art website. That site is still there but I’ve deprecated it and tried to integrate it into this blog.  It’s a bit of a mess. Still, this blog becomes an art blog when you click the Art Category. Digital Sketches delivers just my own work.

I’m warming up to posting more.  I’ve beed reflecting on the delicacy of nature, and the crudeness of humanity’s sometimes beautiful desire to transcend itself.  This began with the earth crosses…  natural textures of landscape cut by something I think of as human presence, fast and bold.

Here is a recent one – not in the earth cross series but maybe in a new one. 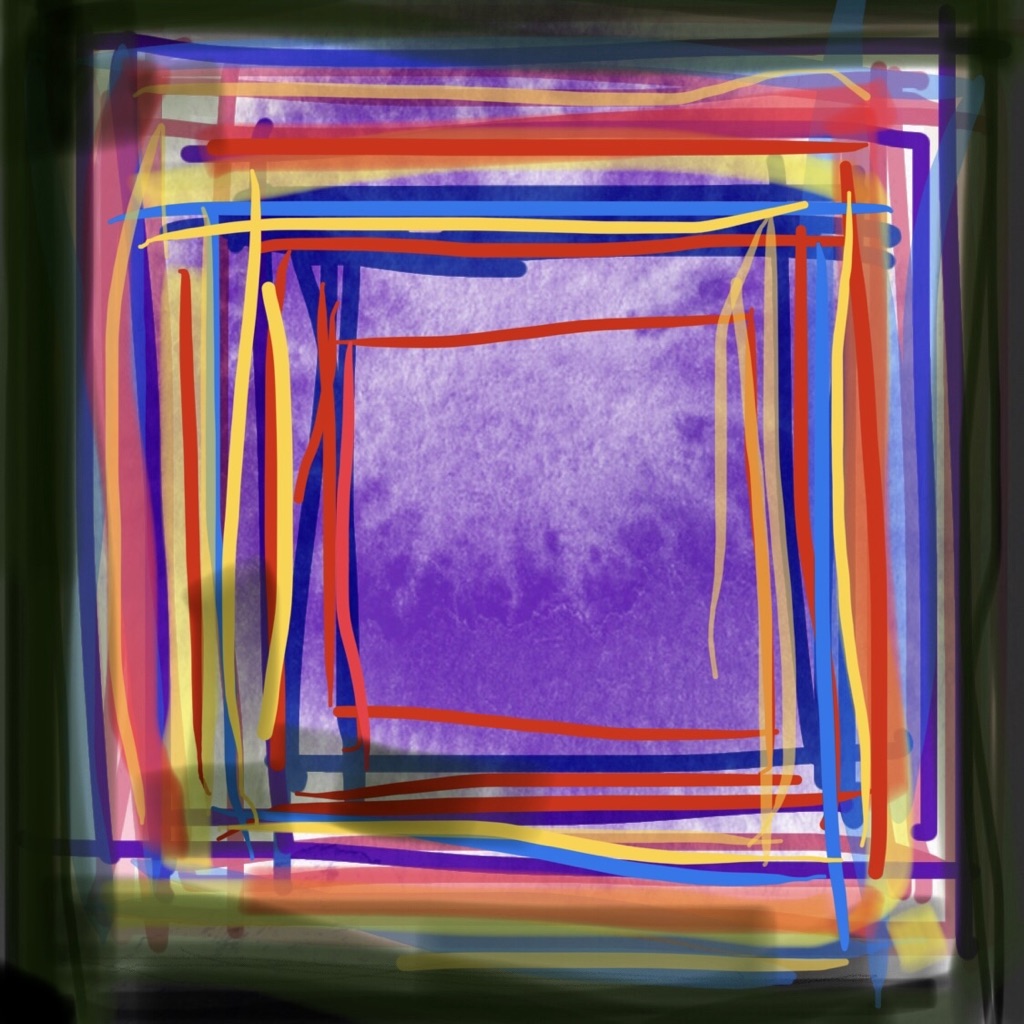 Maybe it is called “Science”, or “Civilisation”.  Playing on the theme of putting borders or frames around art.

Do I put these in the container?  or are they better left wild? 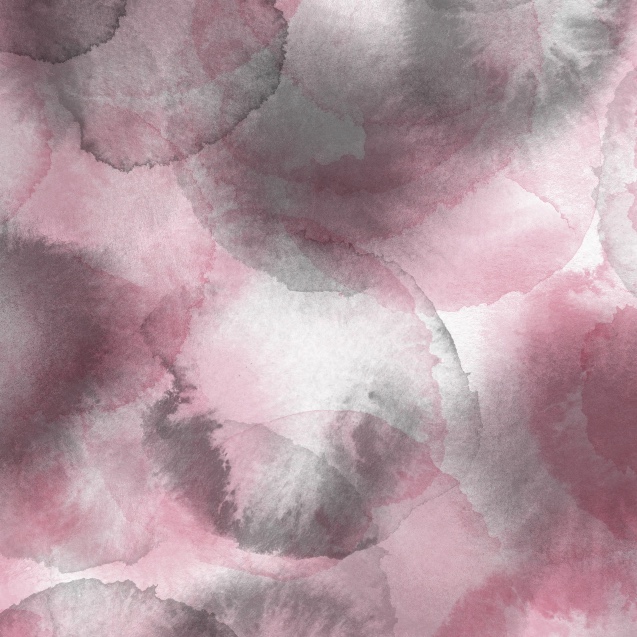 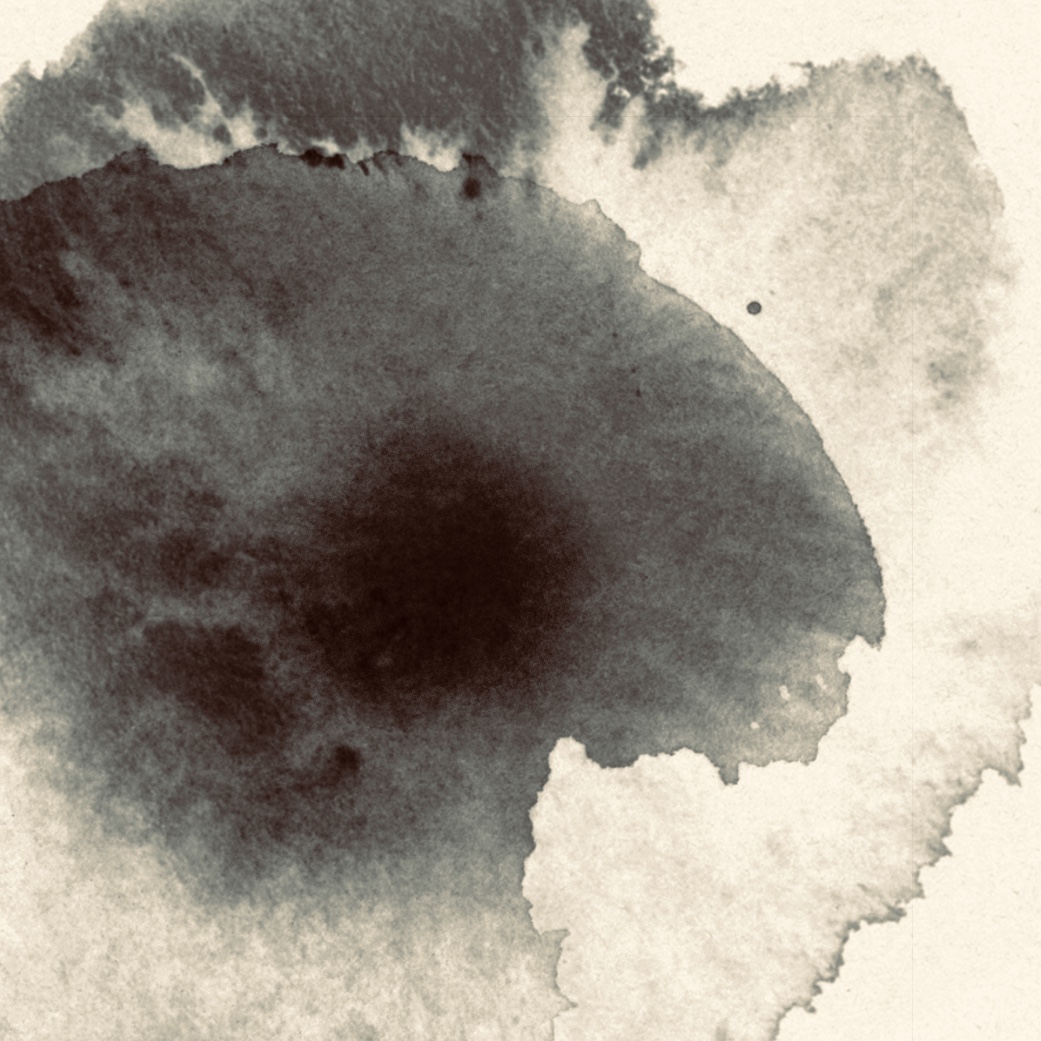 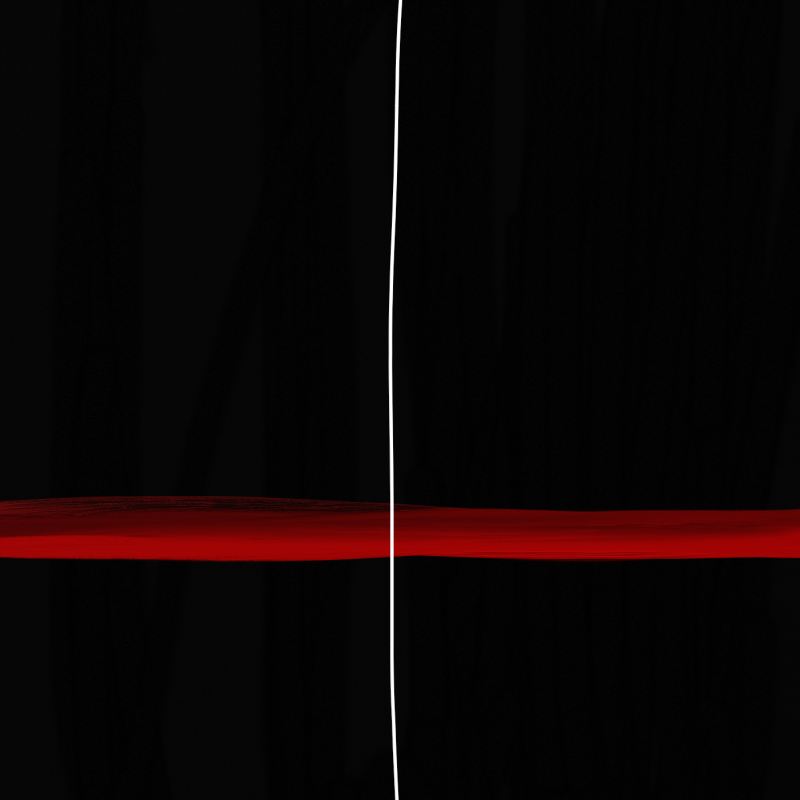 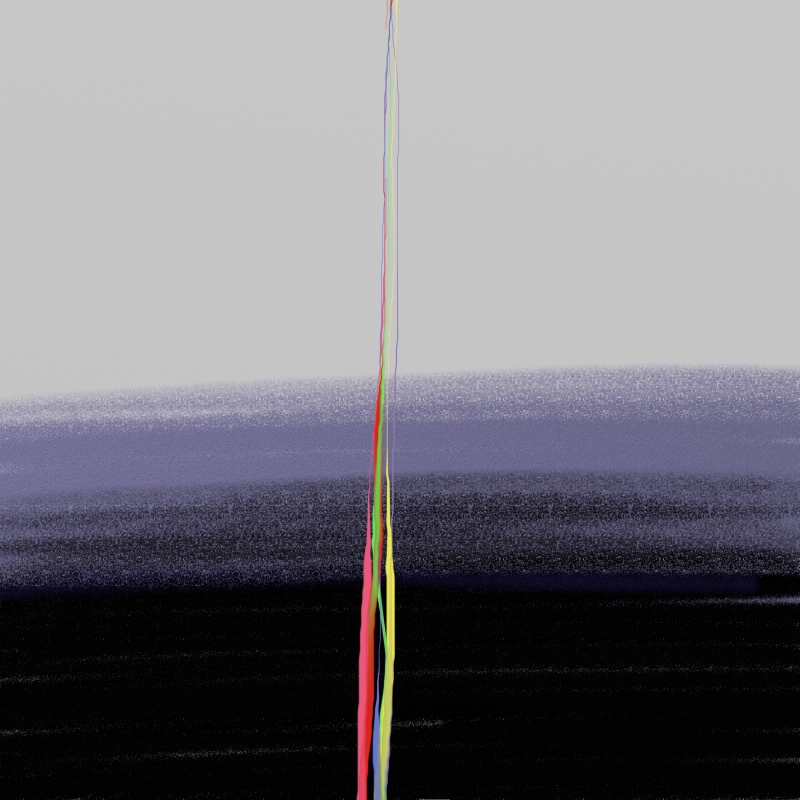 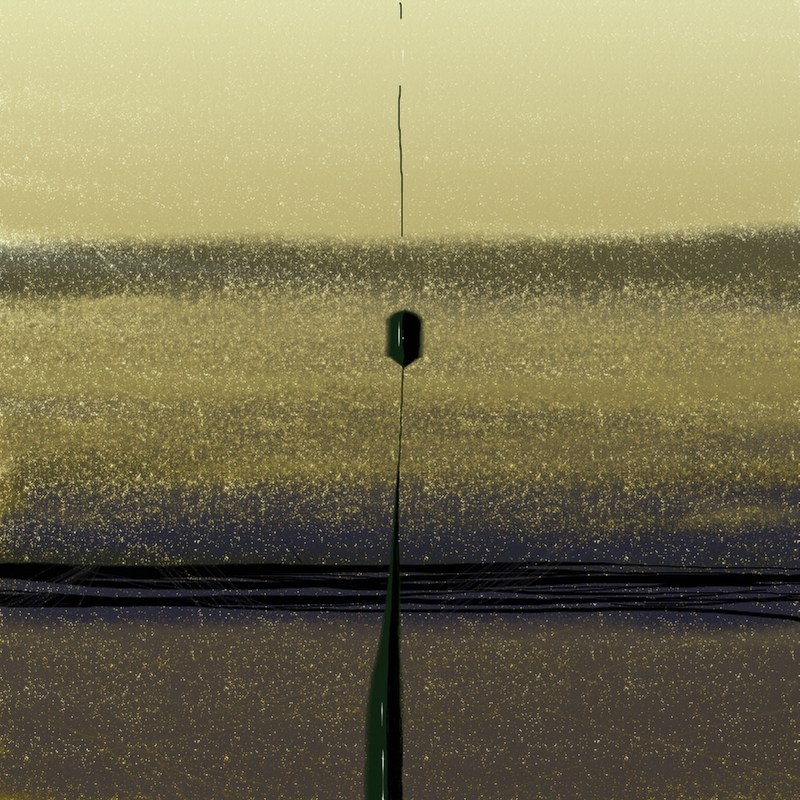 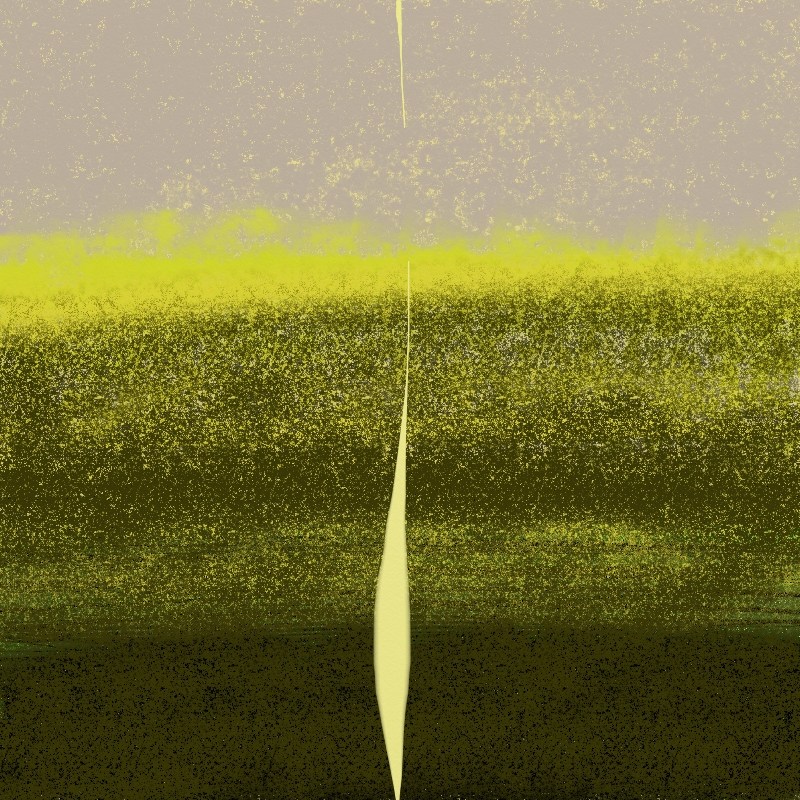 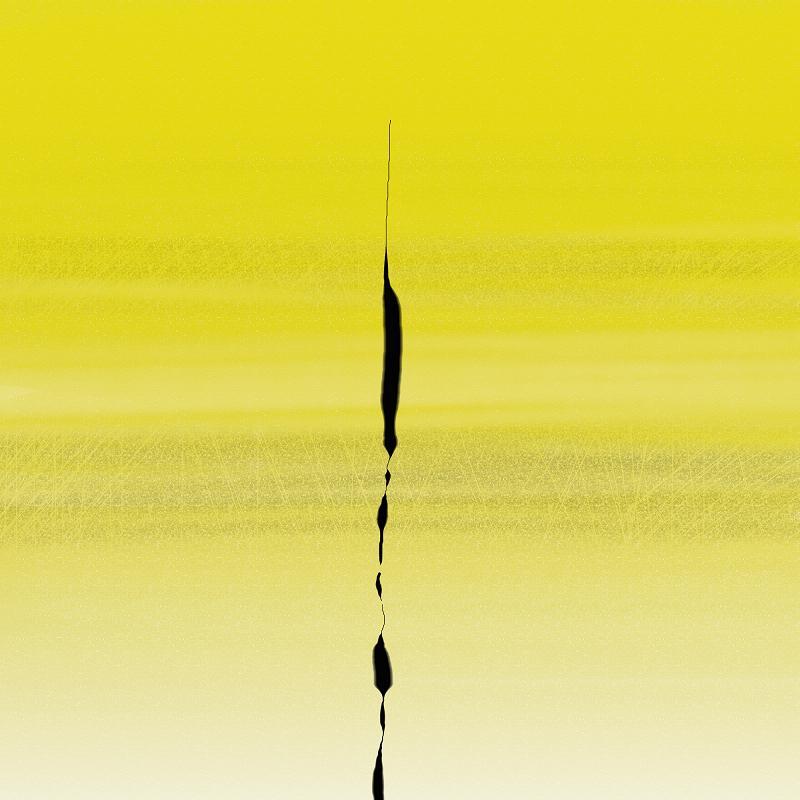 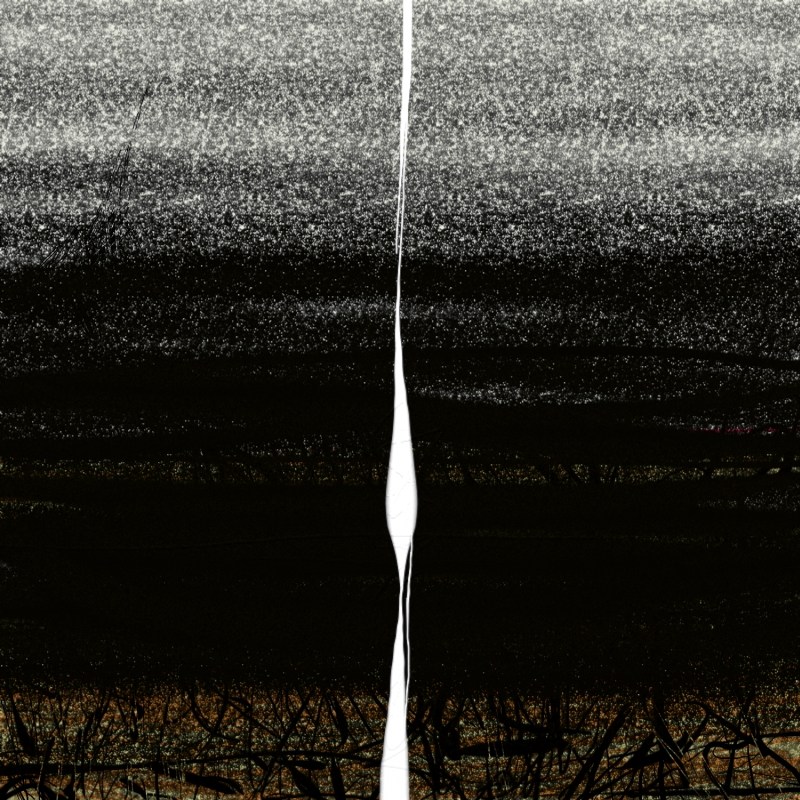 This image is all mouse. The Tablet PC is down.

I was thinking today about layers. There are heaps of layers in this image, as in most of what I do. The Earth Crosses are also to do with depth. The “vertical” line goes up and down. The life line in that direction is vastly different from that in the horizontal line. A line that goes “across” like that invariably is seen as the horizon, the earth edge.

In my work as a psychotherapist I always think “deep”. I want the work with my clients to go deep. But what is deep? My son once said, while pondering this with his fresh mind, it is “wide on its side”, nice! But it is not so. In the case of wide one end is equivalent qualitatively to the other. With the vertical line that is not so.

Deep means going into origins, not the past per se, though origins are usually in the past. Perhaps the future can draw us, and thus origins could be seen in the future as well.

Maori have a word: Whakapapa which is tied the notion of a layer, papa. Ah, a quote, from here, that expresses the exact idea I was looking for:

“Papa” is anything broad, flat and hard such as a flat rock, a slab or a board. “Whakapapa” is to place in layers, lay one upon another. Hence the term Whakapapa is used to describe both the recitation in proper order of genealogies, and also to name the genealogies. The visualisation is of building layer by layer upon the past towards the present, and on into the future. The whakapapa include not just the genealogies but the many spiritual, mythological and human stories that flesh out the genealogical backbone.

The layers of a painting give it its dept, they cover its origins, they influence the next layer, and the final layer is a relationship with a viewer. My Earth Crosses, flat and hung vertically I think of as a more transverse section with the top being the ether and the lower reaches the depths. The vertical line however is the yang to the yin of the earth. it is something only humans do, see into the depths of the soul and reach for the spirits of the sky.

Here is another Another version of this Earth Cross: