Our cat died a few days ago. 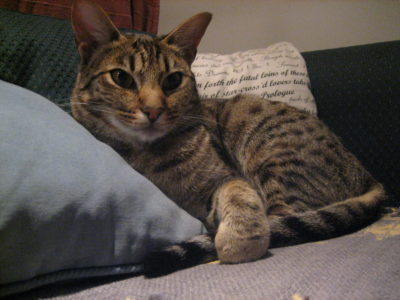 I miss her. It was time for her to go.  It is a marker of some sort. I got the cat for my 60th birthday, and now the cat has died of old age! Her birth and death are like cairns along a track in the bush. Markers. Her grave in the backyard is literally a bit like a cairn. Human life can be measured in cat lives. Maybe I have one or max two to go.

With the strange absence of the cat, I’m looking back at other life cairns. They pop up all over the place.

Stumbled onto a link to the Whole Earth site. Now that was a marker. That first Catalog, late sixties, literally changed my life. A counterculture ethos emerged just when I was ready. Led on to creating an urban community in Christchurch, Chippenham, now Heartwood.

The first thing on the Whole Earth site that stood out was an item by Ivan Illich. He is one of the influencers in my life. I devoured his book Deschooling Society – that led to Four Avenues School.

“Brown: This hour we have a very special privilege and opportunity. We have here in the studio in Los Angeles Ivan Illich and Carl Mitchum, two friends of mine who I hope you’ll enjoy our conversation. Listen in. You’ll find it instructive. Ivan Illich is the author of a book, very famous in the 1970s, called Deschooling Society, another book called Medical Nemesis. He’s also the author of Celebration of Awareness, Tools for Conviviality, Gender, and now his most recent book called In the Vineyard of the Text, a commentary on a 12th century scholar and saint, Hugh of St. Victor. Along with us here in the studio is Carl Mitchum, a professor of humanities, presently Visiting Scholar at the Colorado School of Mines and on a more permanent basis a professor at Penn State where Ivan Illich and his friends and fellow scholars meet every year for a few months to study these ideas that over the next hour we’re going to do our best to elucidate and share. Ivan, why don’t we just start with the book that I first encountered when I became aware of you, and that is the book Deschooling. Can you reflect on what you were thinking about when you wrote it and how you might see that reality today because we’re still struggling with schools in this society. There’s still a dependency on professionals that seems to have control of how we learn or don’t learn and I just have to wonder have we made any progress in creating the context where people get the sense that they are in charge of their own learning?”

Interesting discussion. Does the world a context sensitive help? Not in schools which subvert that. Xenos – Zeus and hospitality? Acedia the inactivity which results from seeing how enormously difficult it is to do the right thing – is it a sin?

There is also insight into the interface – the pupil of the eye which takes in with its psychopods the other person. But they do not really grasp the potential of the medium for – conviviality and friendship.

I don’t understand a word of my own comments either.

The link above does not work, but I’ve put the whole item below. Found here: