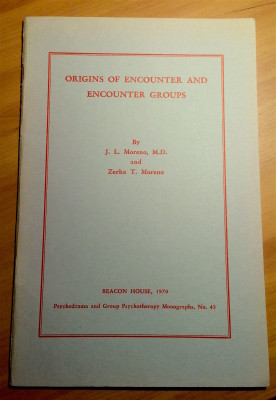 I managed to get hold of a monograph, Origins of Encounter and Encounter groups. (Moreno & Moreno, 1970). It is a stimulating read. I have just created three separate posts.

Balancing openness with the integrity of the psychodrama method.

Moreno and social science
This monograph has a concise statement that I have not seen before.

Encounter
This is obviously the main theme of the monograph. Useful. Encounter is so central to Moreno’s opus, but it has not been developed well in practice. It was railroaded by the ‘encounter’ movement.

This is the second of three posts based on the monograph “Origins of Encounter and Encounter Groups” by J.L. And Zerka Moreno

I’ve read and written extensively on Moreno’s scientific methods. This is a concise statement from the Encounter Monograph I have not seen before.

Moreno’s Ideas of a Science of Human Relations

An adequate science of human relations did not exist before the advent of sociometry. *

“Comte’s Hierarchy of the Sciences, 1) mathematics, 2) astronomy, 3) physics, 4) chemistry, 5) biology, and 6) sociology, has become obsolete. His assumption that all sciences can be treated by the same basic methodology is an error. The social sciences need—at least in their crucial dimension—different methods of approach. The crux of the ontology of science is the status of the ‘research objects.’ Their status is not uniform in all sciences. There is a group of sciences like astronomy, physics, chemistry and biology in which the research objects are always mere ‘objects’. Their actions speak for themselves and the generalizations concluded from them are not threatened by any metaphysical protest or social revolution of their kind.

Then there is another group of sciences, the social sciences. It is because of a chronic inertia in their development that sociometry has raised the question: how are social sciences possible? It has found that the social sciences like psychology, sociology, and anthropology require that its objects be given ‘research status’ and a certain degree of scientific authority in order to raise their level from a pseudo objective discipline to a. science which operates on the highest level of its material dynamics. It accomplishes this aim by considering the research objects not only as objects but also as research actors, not only as objects of observation and manipulation but as co-scientists and co-producers in the experimental design they are going to set up.” Our two chief experimental designs are sociometry and psychodrama.

I enjoyed the interview – and as I’ve been working on the Six Principles of Sociometry – Moreno’s methodology I reflected how they apply to the masters and johnson work. I found it quite challenging, and fun in a casual way to do this as I listened. Freud, Moreno, Jung… methods are known by their founders.

This is because they are working in the realm of relationships. They are included in the science.

They are not working with things.

Marx is the same.

The objective thing they are working with is not objective in the way things are – at least things on the surface are objects.

The Buddhists have lineage, so do psychologists but we don’t acknowledge that so easily.

It would be better to acknowledge our whakapapa in the psychological realms of our work in a more conscious way.

Love that idea of our psychological whakapapa.  Maybe there is a whakapapa of science too? 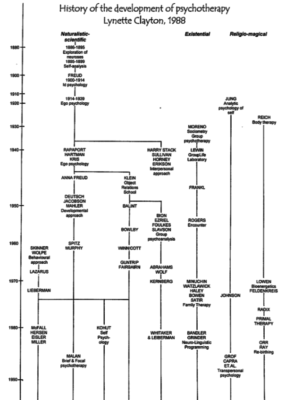 I think I’d like to research and rewrite the Moreno one.  I think it is not so much existential as relational .

This is an important idea.  The whole idea of how change works in human affairs is a science that is developing fast and urgently needed.

Not out yet but on Amazon for pre-order.

The outline – very full – of the book on Emergence by Peggy Holman is on this site.

This book offers a theory and practice for working with upheaval and uncertainty. It connects what scientists are learning about emergent complexity with experiences change practitioners have from engaging organizations and communities in addressing their needs. This intersection could be called “applied emergence”.

Also by this Author: The Change Handbook.  Amazon)

Book: The Invisible Century: Einstein, Freud, and the Search for Hidden Universes by Richard Panek

I leafed through this book today. I like the theme, but I think the analogy of a story with two protagonists is taken a bit far. Still, looks like it could be fun. Might get it yet!

END_OF_DOCUMENT_TOKEN_TO_BE_REPLACED

Two pdfs by Bent Flyvbjerg. I almost bought his book on Social Sciences, but not really sure that it is on the track I want to pursue. I’ll read these two items and decide.

I want to shape a form of research that is practice based in psychotherapy. But this might be the opposite?

Phronesis is a complex idea. 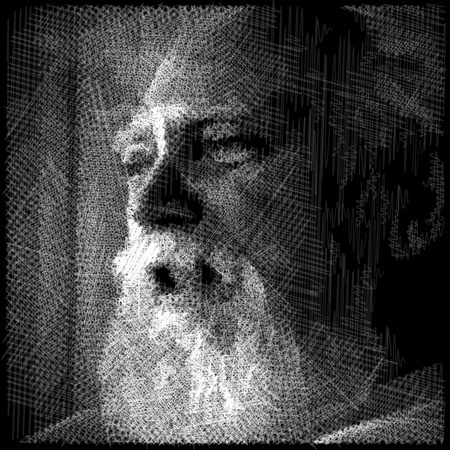 The link journey continues and, as some may have known, we meet Robert Anton Wilson on the way. A Korzybski prophet it would seem. Not as mad as he might appear. General Semantics has psychology spouting in all directions. And of interest to me is the whole question of the relationship of physics and psyche ( my article The Future of Knowing in a pdf.

(PS the image is one I made from photos using software.)

END_OF_DOCUMENT_TOKEN_TO_BE_REPLACED

This Wikipedia entry links to my current wave of enthusiasm for the evolution of dialogue. We inherit forms that are hard to change. Finding a new way of sitting to talk is a big deal.

I thought about this in watching the movie 2012 (not that I really want to mention that movie or that year). In a UN meeting of heads of state some are in the room and some are on screens – it hardly matters. Technology has advanced, but the science of communication has not – the process is much the same as the old inherited voting system, combined with a bit of power-play.

Yet I think we can hasten and improve the means of generating creative intelligence. Process design. People are talking about it a lot!

A metasystem transition is the emergence, through evolution, of a higher level of organization or control. Prime examples are the origin of life, the transition from unicellular to multicellular organisms, and the emergence of symbolic thought. A metasystem is formed by the integration of a number of initially independent components, such as molecules, cells or individiduals, and the emergence of a system steering or controlling their interactions. As such, the collective of components becomes a new, goal-directed individual, capable of acting in a coordinated way. This metasystem is more complex, more intelligent, and more flexible in its actions than the initial component systems.

I have enjoyed some of the writing and audio from Al Turtle a relationship therapist. I get an RSS feed of his updates and today found a link to his favourite books. Great idea!

I found a ebook of A. E. Van Vogt’s The World of Null-A, non-Aristotelian logic in SF form. I see that this is not a one-off in Al’s list! He is into General Semantics – intrigued I went off on a search trail.