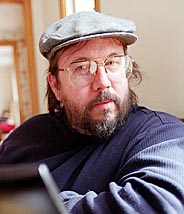 “He started Cool Site in 1994, after discovering the thrill of happening upon an especially interesting Web site and telling his friends what he had found. Within a year, more than 20,000 people a day were visiting the site, and Mr. Davis became a Web celebrity, giving interviews to online magazines and fending off gifts from Webmasters who were desperately seeking his recommendation of their sites. ”

“Today, Mr. Davis has not only kicked his Web habit but also almost completely given up the medium. The Cool Site of the Day still exists, but it is no longer run by Mr. Davis, who has also lost his enthusiasm for trolling for new pages.”