I am prone to finding this genre “vapid, nauseating” as the Guardian called it — but not so far in this series. 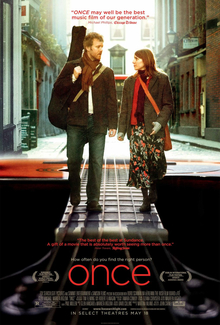 I am excited ant the distinction between Formal and colloquial NVC (Dan mentioned it tody over lunch) & I have followed up on it.

I get into the bind about the formal stuff I teach in the Intentional Dialogue. Of course it can be used colloquially, ionfomally.

I think though that the formal dialogue is needed, perhaps as a guide to a mopre integrated clean communication.

The dialogue is a discipline and I think the psyche needs that structure to go deep. To go fast.

The medium is the message, and language is foul! Marshall Rosenberg calls it Jackal language. Cognitive Behaviour therapy and Rational Emotive therapy, Imago as well as Marshall Rosenberg’s NVC non violent Communication all focus on what I am calling Clean Speech. Both in sending & receiving.

Embedded in our language are the forces of domination! It makes sense. The power structures of domination build a system of ideology to support them and the place for thoise controls to hide are in the cultue in many ways – and almost invisibly in the language. Changing language is potent!

Being non-exclusive in language has made a difference. Look at how we had to deal with the way he meant she in English, I say had, but the fight is not over, but we have come a long way.

Not so with language of love… all day in my work as a relationship therapist I listen to language that attributes blame to the other. The dicipline of the Imago dialogue is great, it handles a lot of it, but there is lots more to develop. This is a science.

QUESTION: What is nonviolent communication?

If I’m in conflict with people, I try to hear what needs they have. Now, “needs,” as we define the term, are universal; all human beings have the same needs. So if I connect to what people are needing, I’m one with them. I care about their needs. At the moment that they sense that I am as interested in their needs as my own, we can find a way to get everybody’s needs met.

Now, where we might differ is in our ways of measuring whether something is harmful to the environment. But notice our needs are not in conflict. This person doesn’t want to destroy someone’s habitat, and he doesn’t want to be a menace. You see?

END_OF_DOCUMENT_TOKEN_TO_BE_REPLACED

Here is a summary of J. L Moreno’s theory, the Canon of Creativity:

Is that a good summary?

There are lots of roles needed to produce art. Ability to manage time, money, resources. Knowledge of the culture, networks, marketing, techniques, organisation. I think of these as functional roles, and they can be taught, coached and trained, and yes they will help, but there is more…

What are the roles involved, what is the warm-up, say, when Marcel Duchamp exhibits “Fountain”? Or Pollock drips for the first time? Or Warhol mass produces every-day objects as art in a Factory?

Are these moments of newness simply a product of being functional? having lots of functional roles. Will inspiration come from perspiration?

Perhaps the central role is to be able to put ones madness to good use?

So it is an age old question: Can art be taught? Or are we born with talent? Or is it circumstantial, luck, being in the right place at the right time?

Moreno, I am sure, believes we are all geniuses, and that we can train ourselves and others to be great innovators of our time. That is the sort of role training I want to see happen!

Apparently artists are supposed to have them. I am not sure why. I have never had one in my career as a psychotherapist, a Psychotherapist Statement. Never the less I can see the point. I like focus, commitment and direction, and not only that, I already have a lot of those, and a statement might help to convey that. I blog and so make heaps of statements, but now is the time for FOCUS.

I’ll work at it. Blog about it. Come up with a crisp statement, one that can last me a good while, or at least as long as it fits. Warming up: Those “how-to” links above don’t quite do it for me, though they are start. What about Lars von Trier, he might inspire. And De Stijl, or the Der Blaue Reiter, these people had statements. I’d like an artistic one, perhaps a Heraclitus quote, here a few I like:

You could not discover the limits of soul, even if you traveled by every path in order to do so; such is the depth of its meaning.

Soul is the vaporization out of which everything else is composed; more-over it is the least corporeal of things and is in ceaseless flux, for the moving world can only be known by what is in motion.

Soul has its own inner law of growth.

It is hard to fight against impulsive desire; whatever it wants it will buy at the cost of the soul.

It would not be better if things happened to people just as they wish.

Corpses are more fit to be thrown out than dung.

And a Bio is different from an artist statement, but I am gathering together what I have – so I can revise both.

Definitely a time for a re-vamp, with a show planned, I need one.

And to conclude, a picture, last nights effort, is this a statement?

I think line & wash is one of my favourite forms. It is on my mind as I plan to find some time to go away and do art. Who knows when! While these are all digital I have been doing some on paper and that is a mobile and realistic thing to do in the hills. These are a selection of landscapes & figurative ones. I often do abstract in this style too, will collect some of those later.

Just while I help with another website I am trying a new theme here.

Playing with some images to go with Kubrick.  This is the Psychodrama “encounter” symbol, not sure of its exact origins.

More interesting would be a wider banner something like this:

I am putting some of these explorations up as sketches: Thousand Sketches