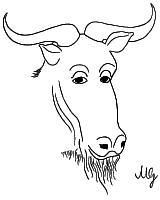 SCO’s contract dispute with IBM has been accompanied by a smear campaign against the whole GNU/Linux system. But SCO made an obvious mistake when it erroneously quoted me as saying that ‘Linux is a copy of Unix.’ Many readers immediately smelled a rat–not only because I did not say that, and not only because the person who said it was talking about published ideas (which are uncopyrightable) rather than code, but because they know I would never compare Linux with Unix.

That is the opening of a short but crystal clear article on the SCO business. I respect this man’s integrity and moral clarity. I will never use the prhase “intellectual property” again!