I’ve been reading Kevin Kelly’s What Technology Wants. One of the central thesis of the book is that evolution is not only driven by adaptation. There are two other forces at work: structural forces, ie the laws of physics and contingency, luck. What if Beethoven did not have a piano? This is a central idea (from the book):

The progression of inventions is in many ways the march toward forms dictated by physics and chemistry in a sequence determined by the rules of complexity. We might call this technology’s imperative.

What is stirring me to write this post is that I listened to a podcast today on Tech Nation, Moira Gunn interviewing Adrian Bejan – details

It is uncanny, and totally in line with the Kevin Kelly theory of what is inevitable that these tow come up with the same ideas. This is the time when we make a shift from classical darwinism, to incorporate something marx might have called dialectical materialism.

More about & by Adrian Bejan here:

Interview with ‘Design in Nature’ Author Adrian Bejan, Part One …

His book on Amazon: 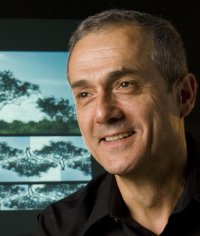 This theory, Bejan calls it “Constructal Law” governs everything. From his book:

The constructal law is revolutionary because it is a law of physics—and not just of biology, hydrology, geology, geophysics, or engineering. It governs any system, any time, anywhere, encompassing inanimate (rivers and lightning bolts), animate (trees, animals), and engineered (technology) phenomena, as well as the evolving flows of social constructs such as knowledge, language, and culture. All designs arise and evolve according to the same law.

What excites me is that the same law – or rules of complexity, a law about change really, governs the psyche too. I think Jung was onto this with archetypes. These structures hare universal across cultures.