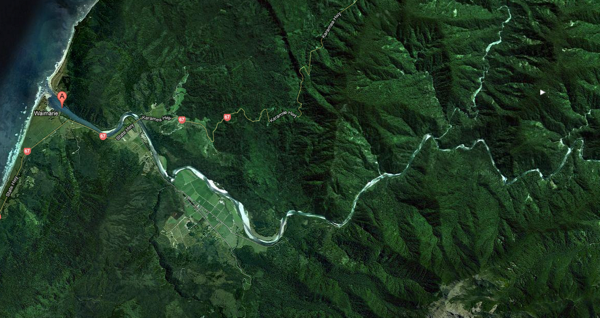 Plans to dam the West Coast’s Mokihinui River have been withdrawn but Forest & Bird’s Debs Martin argues that permanent protection is needed for the river and catchment.

Meridian Energy’s decision in May to withdraw plans for an 85-metre-high dam on the Mokihinui River was celebrated by Forest & Bird and the many others who love this wild and special place.

But while Meridian has backed away from turning a stretch of the river and surrounding forest into a 14-kilometre-long reservoir, the long-term protection of this national treasure remains as uncertain as ever. That’s why Forest & Bird is campaigning for the Mokihinui River and catchment to be added to the surrounding Kahurangi National Park.

As things stand, nothing prevents another energy firm or developer from putting up a new proposal that could potentially wreck this pristine river, its surrounding forest and the threatened wildlife that lives there.

The resource consent process for the dam and the Environment Court appeal scheduled for later this year swallowed millions in taxpayer funds, as the Conservation Department battled Meridian – another publicly- owned organisation – over the ill-conceived project. The finances, staff and volunteers of Forest & Bird and other conservation groups were stretched by the drawn-out legal battle.

The case for saving the Mokihinui has been made and the argument won. To repeat it would be a terrible waste for everyone, especially the long-suffering taxpayer. The way to prevent this is to put the Mokihinui where many argued it should have been all along – in the national park.

It would be a natural fit. The Mokihinui is surrounded to the north and the east by the national park and to the west by the Pacific Ocean. Look at a map showing the park boundaries and the Mokihinui catchment looks like a missing chunk.

The case for including the Mokihinui in the national park was made during consultations ahead of its establishment in 1994. In the end it was left out, partly because of opposition from the pro- development lobby.

The catchment is classified as DOC stewardship land, a category for land with significant but varying conservation values, which is given no special protection. After DOC was established in 1987, it was intended that stewardship land would be systematically assessed.

High value land would be retained with increased protection, while land with lower conservation value would possibly be disposed of. Due to DOC’s financial and staff constraints, this assessment has not been done.

As Parliamentary Commissioner for the Environment Jan Wright says, stewardship land has far fewer protections than other types of conservation land such as national parks, reserves and ecological areas. For instance, developers can propose swapping stewardship land they want to develop for private land.

The inference is that stewardship land has a low ecological value but in the case of Mokihinui, this clearly is not true. DOC would not have opposed Meridian’s resource consents if the area was not ecologically valuable.

Wright recommended important wild and scenic rivers – such as the Mokihinui – should be identified and reclassified for greater protection. Forest & Bird agrees and this would be best achieved by adding the river and catchment to the national park.

Last month the West Coast Tai Poutini Conservation Board announced its support for Forest & Bird’s call, describing the inclusion of Mokihinui in the national park as a logical step.

You only have to look at a photo of the river and the surrounding flats, gorges and bush-clad hills to appreciate the landscape’s beauty. Landscape architect Gavin Lister said in evidence prepared for DOC that it would be difficult to find an area with greater natural character anywhere in mainland New Zealand.

In 2004 DOC assessed waters of national importance for biodiversity conservation. Of 4706 river catchments, the Mokihinui was ranked seventh highest.

The gorge area that was to be flooded alone supports 21 indigenous bird species, 11 of which are threatened. These include the whio (blue duck), which lives only lives in clear, fast flowing rivers.

Other endangered species found there include great spotted kiwi, the long-tailed bat, and carnivorous Powelliphanta giant land snails. The river itself is inhabited by native fish including longfin eels, and giant and shortjaw kokopu.

The river catchment around the area that was to be flooded by the dam includes primary lowland podocarp and broadleaved forests that are regionally and nationally rare. Northern rata provide a riot of colour when they are in flower amid rimu, matai and kamahi. Different varieties of beech become more common the higher you climb.

The Mokihinui is a magnet for trampers, kayakers and rafters and they will soon be joined by cyclists when the 80km Lyell to Mokihinui Old Ghost Road trail is completed. Gold first brought Europeans to the region and relics of gold fever remain, including the remains of mining machinery and the historic pack route in the gorge’s rock face.

The Mokihinui River speaks of our human history but more importantly it speaks of a New Zealand landscape that elsewhere has largely disappeared or been modified. It is the essence of New Zealand and deserves to be preserved in Kahurangi National Park.