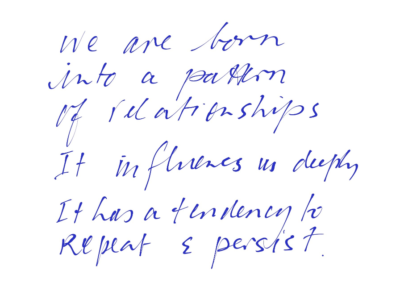 This is my summary of what Moreno means by the social atom.  In psychotherapy that “atom” or pattern is the client.  When two of these “patterns” connect in love, then a lifelong process can follow. Maybe it is true love at first sight? Unlikely, love is blind. One possibility is to move from blind love to deep mature connection.  The other possibility is hell. A third is lifeless boredom.

I notice how obscure all this might sound.  I was, and usually am, rushed. The ideas here are profound.  The would if understood change the way all psychotherapy is conducted. I have a profound truth here, learned from JLM.

First let me quote the actual passage I paraphrased.

The hypothesis of the social atom states that a) an individual is tied to his social atom as closely as to his body; b) as he moves from an old to a new community it changes its membership but its constellation tends to be constant. Notwithstanding that it is a novel social structure into which he has entered, the social atom has a tendency to repeat its former constellation; its concrete, individual members have changed but the pattern persists.

Moreno had hundreds of them.  He restated everything he believed as a hypothesis. Now that could mean that the science has yet to be done.  The starting point for investigation. That is how we usually think of it. Moreno did too I think.  However there is another nuance to the meaning of hypothesis, ‘foundation’:

From somewhere on the internet.

I think that he discovered these foundations. You can’t invent them.  Yet discovery is a creative act here. The act is to notice what springs spontaneously from the psyche 1. (see any of my posts on metaxy to meditate on the space between discovery and invention.) They are not so much to be ‘proved’ in the sense of positivistic science, but validated through use.  I now use the word ‘assumption’ when working with people. EG when working with a couple…

Assume that something mysterious has brought you together for a purpose.  What do you think that might be?

That is how I use this ‘hupothesis’ of Moreno’s in practice.  In fact Kate and I used the idea long before I’d come to it from Moreno – we asked: “What is the lesson of the relationship?”

…an individual is tied to his social atom as closely as to his body.

Notice the delightful mixup of categories here.  Meditate on this. The individual is not the body not the social atom.  The individual is closely tied to both. So what the hell is an individual then? We never think of an individual as just a body.  That would be a corpse. What a unique twist on the usual way of thinking about a person or self.  It is tied to the social atom.  The significant relationships. Not some story about inner forces like ego, id, shadow. we are our relationships.

Ah, we are not talking about Jim or Mary – the actual people change but the constellation tends to be constant. 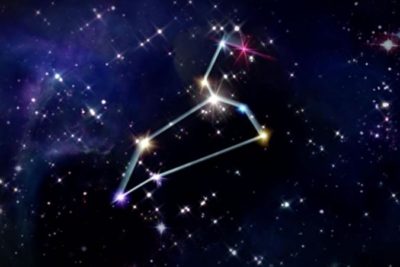 Note: Not is constant but tends to be constant.

Lets assume then that when someone forms a new friendship, it is likely that the friends will tend to place each other on a node on their constellation.  It may well be that the vacancy in the social atom is the very reason for the friendship.

That is where it gets interesting.  It is easy for someone to confuse a new person in their constellation with an earlier person in a similar place.  Spouses evoke parents.  But they are not parents. This is a new relationship as well as a repetition.

Then what is to be done? I wrote above

Maybe it is true love at first sight? Unlikely, love is blind. One possibility is to move from blind love to deep mature connection.  The other possibility is hell. A third is lifeless boredom.

Exploring these interrelated social atoms is encounter.  Its a work!