Monday, May 10, 1976, Robert Hughes wrote an obituary in TIME of Mark Tobey Incarnations of Tobey TIME

By the ’50s, a stereotype of Tobey had emerged, and it was to affect his reputation in American art: the sage of the Pacific Northwest, perched on a misty crag, making exquisitely obscure calligraphic doodles. Tobey had worked for a year in China. At that time it was hardly possible for a painter to have done this without being regarded, in some circles, as a perambulating bodhisattva.

I am posting to pursue a thread. The relationship between calligraphy and modern art. It is there everywhere once you look. The action painters, like Franz Klein, Max Gimblett, Pollock. I will keep at it.

More here, and here is a good site: MARK TOBEY, American artist 1890-1976, Page by Arthur Lyon Dahl It has paintings as well as this photo of him: 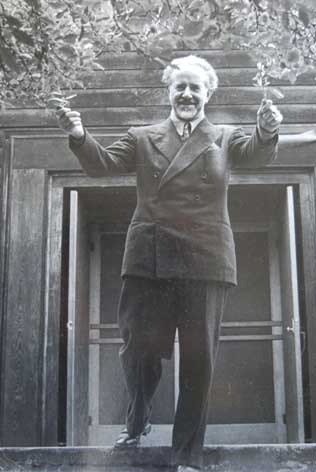 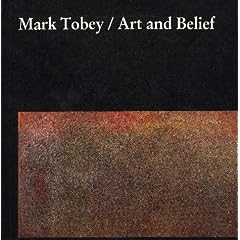 That is one of about three Toby books I just bought online! Through Amazon but dirt cheap from secondhand shops. They will take months to get here, I may be over Toby by then, but I doubt it.

Widely recognized throughout the United States and Europe, Tobey is the most noted among the “mystical painters of the Northwest.” Born in Centerville, Wisconsin, in 1890, he was senior in age and experience and had a strong influence on the others. Friend and mentor, Tobey shared their interest in philosophy and Eastern religions. Tobey had become a member of the Bahai World Faith in 1918, and in 1934 had spent a month in a monastery while visiting China and Japan. His noted “white writing” style of painting evolved from his study of Asian calligraphy during this visit.

As a youth, he studied art for a brief period at the Art Institute of Chicago, but like the others, he was largely self-taught. Throughout his career, he experienced with various styles, themes, and media. Tobey’s paintings celebrating the vibrancy of life in crowded cities are charged with electrical energy. His works vary in form, texture, and color, challenging any attempt to be categorized into a particular style of painting.