I just heard there was a new William Gibson book out, and pre ordered it on Amazon

In the meantime I’ve enjoyed this interview in The Guardian by Ned Beauman here are the last two paragraphs:

I understood perfectly well before reading The Peripheral that our planet is beginning to roll down a very steep slope. And yet there was something terrifying about finding it here, perhaps because I’ve been absorbed in Gibson for most of my lifetime. His previous dystopias, with their overflowing slums, feel jolly by comparison; here, even Gibson’s hackers and mercenaries and television personalities are bereaved by climate change. It’s as if Gibson’s work is a city, and I have lived in that city since I was a teenager, and now that city is being drowned before my eyes. Before I left, Gibson admitted that his own story “surprised me with its grim matter-of-factness. I wasn’t fully aware of the implications, at the start. Though in my personal model of writing fiction, one never really is.”

All the same, this shouldn’t discourage anyone from reading The Peripheral, which is not, in fact, a remotely grim book. First of all, books that are as frantic with imagination as Gibson’s books, as frantic with the appetite to see what happens to us next, cannot be grim; second, Gibson’s famous weakness for happy endings has not been entirely suppressed here; and third, the details of our fate are mostly confined to that one scene towards the end, when Netherton, our descendant, explains what happened before he was born. As we read it, we ought to be like Flynne, who sits under the oak in her front yard and listens without hysterics as she hears the story of a world in which “everything, however deeply fucked in general, was lit increasingly by the new.” 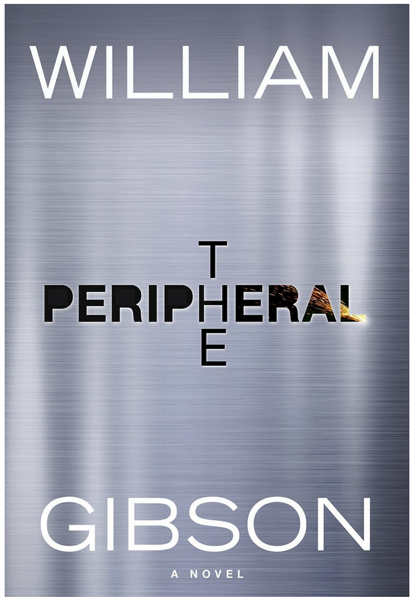 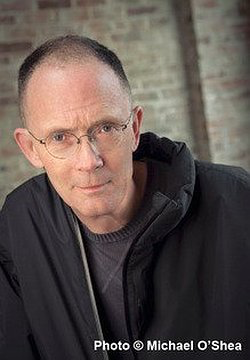